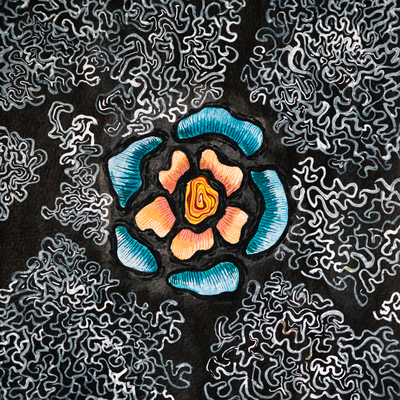 Rock, Fribourg – Glaascats started as a duo between two siblings; Amelia and Alexander. The idea of composing songs occurred during a vacation in the wilderness... Read Biography

Glaascats started as a duo between two siblings; Amelia and Alexander. The idea of composing songs occurred during a vacation in the wilderness where the two would hang out in a treehouse, sing, write, and discover the freedom of making music. Silvio, the one who mixes and masters all of our songs, thought it would be interesting to record our voice and ukulele duet. He miced us up and and we played what we came up with in the woods. This was a first for the three of us. Soon after Alexander put some strings on the acoustic guitar that had been accumulating dust. Half a year later, Stubborn Spirit was released. We published three more singles before the big change. Something was missing.

Alexander felt something peculiar when he first played with Jonathan, a drummer he met at a house party music jam. In some way it felt unreal. Amelia and Alexander invited Jo to the band. He plays other instruments as well and taught Amelia how to play the bass.

Registered since about 2 years
Last login on 6 June 2021