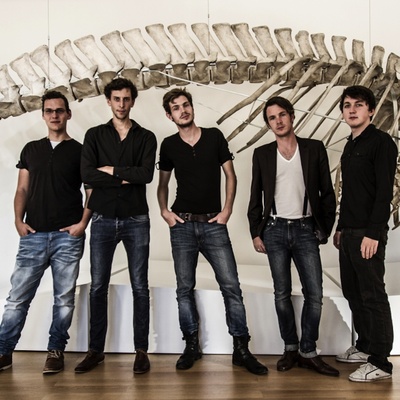 Rock, Basel-Stadt – On 15 February 2013 Glaze from Basel will celebrate the release of their new EP titled Forever is a Ghost. The EP is truly a worthy successor to... Read Biography

On 15 February 2013 Glaze from Basel will celebrate the release of their new EP titled Forever is a Ghost. The EP is truly a worthy successor to their double single Raindrops/ Reflect released in 2011. The five thrilling songs will be baptised by the five-piece band at their Release Party at the Kuppel.

The Way >>>
The foundation stone of their musical odyssey was laid in 2009 with their first EP ‹Rough Soma› and in 2011 the band picked up on their first successes with the double single ‹Raindrops/Reflect›. With the Stormy and Challenging in mind their songs are reminiscent of British Band ‹Chikinki› and remember of ‹Archive› or ‹Snow Patrol› when it comes to the melancholic facets of their music.

EP Forever Is A Ghost >>>
Muffled beats, clean and driving guitar riffs crossed by calm synthiesounds – sounds that will make you breathe in and out at the same time - sounds that will make you float through waist-high fields and crowded streets. Music that manages
to stop time for a fraction of a second and still gives you the feeling of being part of an unstoppable flow of space and time. Music that makes you mourn events of the past and hope for new leaves at the same time.
The five tracks on the EP are astonishing and yet so catchy as if one would know them for years. With their unique choral singing the band creates an atmosphere able to produce a festival feeling and abduct the listener from the here and now to other places. Places of the past or places of the future. Places of adventures and memories. Places of ghosts and fantasy.

Registered since about 14 years
Last login on 14 November 2018