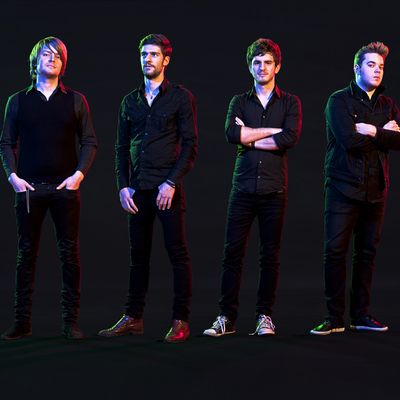 Rock, Bern – Goodbye Fairbanks from Berne, Switzerland are conquering many hearts with their memorable rock tunes that have a certain pop-appeal. The band is... Read Biography

Goodbye Fairbanks from Berne, Switzerland are conquering many hearts with their memorable rock tunes that have a certain pop-appeal. The band is known to have a knack for writing energetic rock songs with an edge, as well as more quiet tunes that can seem almost fragile. The young band have been making a name for themselves over the last two years, playing hundreds of shows in several countries around Europe and supporting the likes of Fall Out Boy, Taking Back Sunday or the All American Rejects along the way. In Spring 2009 the band’s debut album „In All Locations“ (Rough Trade) was released across Europe and the singles „Deliver Tonight“ and „Way Past Your Bedtime“ are on rotation on Swiss radio and television, while the album was received well by critics all over Europe. All this attention scored the band slots at renowned festivals like the European wing of Give It A Name in 2009 or Switzerland’s largest rock festival, Greenfield in 2010.

Goodbye Fairbanks are currently working on their forthcoming record and the band will travel to the United States in early 2011 to record with Matt Goldman in Atlanta, GA. Before entering the studio the band will be on the road for several weeks, touring the American Midwest.

Registered since over 14 years
Last login on 13 November 2012