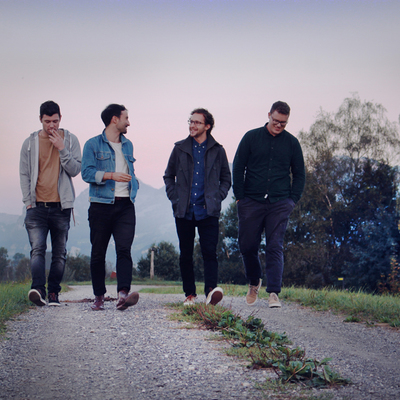 Greenfield Story is a Swiss Folk band consisting of René Greenfield, Yves Störi and Kevin Akermann. Being influenced by various styles, their music finds its roots in the classic singer-songwriter traditions. They take their own stories and the ones of others and convert them into melodious boot-stomping folk songs.

After having played in a punk band for more than ten years, René swapped his electric guitar for an acoustic one in 2013 and started playing solo. Having both grown up in the windy St. Gallen Rhine Valley, René and Yves joined in early 2015 to perform together. Yves is a multi-instrumentalist and plays guitar, piano, accordion, harmonica and sometimes even carries a violin case with him. Kevin adds boot-stomping rhythms to the songs with his drums or cajon and makes sure everyone is clapping hands in the right pace.

Registered since over 5 years
Last login on 5 February 2021