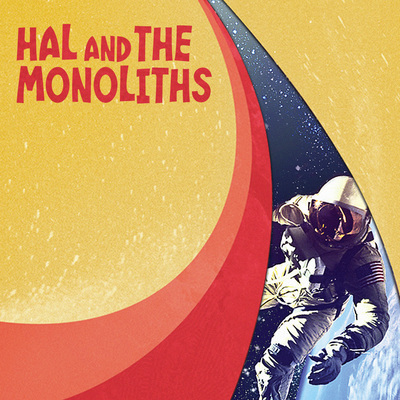 Hal And The Monoliths

Rock, Ticino – Hal And The Monoliths In 2009 in the remote area of Ticino-Switzerland, the collision of the keyboardist Danni Coglio and guitarist Billi... Read Biography

Hal And The Monoliths

In 2009 in the remote area of Ticino-Switzerland, the collision of the keyboardist Danni Coglio and guitarist Billi Mandrisio fused the band Hal and The Monoliths (HATM).
Togheter, they decided to explore the unknown world of the alternative-surf music. The surf band was completed with the recruitement of bassist Lachi Lugano, drummer Frenc Massagno and the singer Hal “ghost voice” Tavoc. The 5 astro-surfer were ready to surf.
The music takes inspiration by the great surf classic of the ‘60s (Dick Dale, The Shadow) blended with the most modern interpreters (Laika and the Cosmonauts, Men Astro –Men). The listeners of HATM will surf on outer space oceans, riding yet on psychedelic waves of music or resting on planet of peaceful harmonies.
The EP recorded in November 2010 is a tasteful shot of the HATM musical creativity combination of old analogical and modern digital sounds mixed with insertion of original US and Soviet astronauts’ communications.
The band name is an evident reference to the masterpiece movie of Stanley Kubrick "2001: A Space Odyssey".

Registered since over 10 years
Last login on