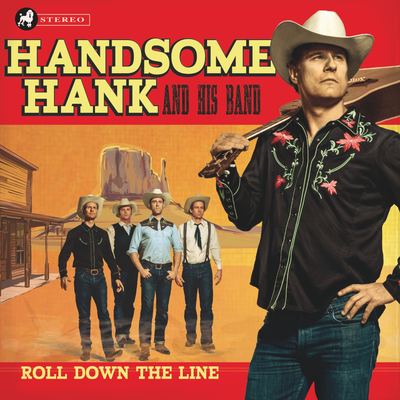 Folk/Country, Folk, Zürich – Handsome Hank and his Lonesome Boys were formed in 1997 as a puristic Bluegrassband. They played on Bluegrass Jamborees and festivals for a couple... Read Biography

Handsome Hank and his Lonesome Boys were formed in 1997 as a puristic Bluegrassband. They played on Bluegrass Jamborees and festivals for a couple of years. After a while the band specialized in the Countryfication of well known Rock and Pop classics. The response was very well, even Rock celebrities such as Slash, Lemmy Kilmister and Frank Farian patted the band’s head. The first CD Greatest Hits (East/West, Warner Germany) is a classic on its own, the cover version of Black Hole Sun had world-wide radio airplay (Europe, USA, New Zealand). And it was played during the intermission of a Sankt Pauli soccer game in Millerntor stadium!

The band was touring in Germany, Austria, Switzerland and France. The follow up Live at Murmansk brought warm response, too and the tours to support this album were mostly sold out.

Now, after a bunch of years, it’s time for Handsome Hank to take off with the single Angel and a brand new album entitled Handsome Hank sings about devils and angels. It’s a nice collection of songs for a cross over audience that shows many aspects of Country Music and has a great pop appeal, too.

It’s a duet album including many beautiful artists such as Heidi Happy, Endo Anaconda, Erika Stucky and others.

Handsome Hank is ready to tour through Switzerland and Europe again with a new line up, to let this record be heard.

Registered since over 10 years
Last login on 19 September 2016