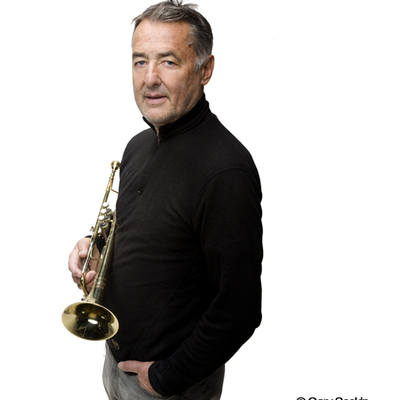 Born in Schwyz, trumpeter Hans Kennel played classical for a short period, then jazz (see biography) and other experimental musics for years. When by accident he saw some photos in a family album that showed his father playing with his brother and grandfather (their Alpine blues), Kennel became aware of his personal heritage and his career took a sharp turn.

First Kennel's experiments with elements of Alpine music were often tagged with an "exoctic bonus".

His groups and projects, Alpine Jazz Herd (co-led with musicologist Jürg Solothurnmann), Alpine Experience and especially his alphorn quarttet Mytha, however slowly started to attract wider attention and acclaim throughout the years. Kennel's groups have recorded CDs and succesfully toured in and mostly outside of Switzerland

Their concert appearances and CDs incited an astonishing new interest in Alpine music, especially among younger musicians, singers, instrumentalists ( a whole school of new alphorn players) have appeared on the scene and gained general attention.

Registered since about 8 years
Last login on 28 August 2014