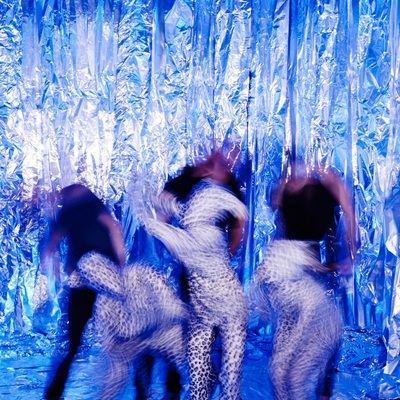 Alternative Rock, Zürich – Some rock bands carry the burden of the world on their shoulders. Others just want to party. Hathors used to be firmly parked in the former camp.... Read Biography

Some rock bands carry the burden of the world on their shoulders. Others just want to party. Hathors used to be firmly parked in the former camp. No longer! Hathors have made a discovery: Life isn’t life if there isn’t also a little light and love involved. The title of their new album gives it away, “Grief, Roses and Gasoline”. Roses? Anger about all sorts of social injustice (“Grief”) and sadness about the way we abuse the environment (“Gasoline”), like guitars, bass and drums, have been a part of Hathors from the very beginning. The roses, however, they are fresh. They stand for a warmer strand of emotions, a new lust for life, that flows through the album even when it makes the walls shake.

Aged fourteen, Marc Bouffé discovered Nirvana. “I loved the screaming. It felt cathartic”, he says, “like a soul singer giving free reign to his feelings.” He borrowed his sister’s guitar, learnt two chords and started his first band: “To be on stage with your best friends, travel the world, and do with your life what you really want to – it became my dream.” Remarkably, the dream soon became reality. Just as swiftly, Bouffé threw off the shackles of grunge to follow his own vision of a guitar-driven high-octane rock sound where each riff and each lick served not the ego, but the song.

The Hathors were the apprentices in the temple of the goddess Hathor in ancient Egypt. Apart from the arts, she was also looking after love, death and the pleasures of intoxication. Is there a more perfect name for a rock band? The modern Hathors’ debut album was released in 2011. A superior offering of post-grunge rock, it garnered plenty of praise, especially in the French-speaking world. However, the production felt just a little too streamlined to the band, too controlled to be true. Their second album “Brainwash” (2013) was their incendiary response: more sweat, more mistakes, and more life. “Panem et Circenses” followed in 2017, still raw but a little more subtle…

“Grief, Roses and Gasoline” starts with a surprise: The lyrics of “Where Were You” may bemoan the soulless rat race of modern performance society, but the song rattles along with such joyous abandon – not to mention a cheeky na-na-na-na chorus – that any feelings of frustration are instantly banished. And that’s just the beginning. What follows is a bubbling cauldron of deep and urgent rhythms, crisp choruses, and moods that range from soulfully thoughtful to exuberantly angry, all the way to simply euphoric. With this album, the band has found the perfect balance between the raw energy of their live shows and a love of detail that can only be forged in the studio.

“Grief, Roses and Gasoline” was recorded in four months in the band’s studio in Winterthur, a small but musical town near Zurich. “With this album we have almost arrived back where we started”, says Bouffé: “Except now we have complete control over our recordings and the type of aesthetic we want to go for. And we had a massive craving for memorable and carefully produced songs that were also spikey and hard-hitting…” After the band had done their work, John Goodmanson (Bikini Kill, Pavement, Wu-Tang Clan) rounded it off with a brilliant mix in his studio in Seattle.