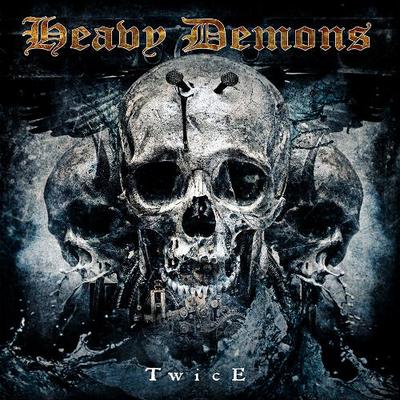 Metal/Punk, Metal, Ticino – The Heavy Demons were officially grounded in the beginning of 2001 as a result of a project already created by Jack Demon in the precedent... Read Biography

The Heavy Demons were officially grounded in the beginning of 2001 as a result of a project already created by Jack Demon in the precedent years.
Jack, who had a weakness for the Italian band Death SS, desired basically to follow their musical grounds and consequently decided to call the band Heavy Demons (as a song of them) in their honour, but the music written by Jack since 1997 was something more extreme than the horror metal of his idols: it was something which is nearly close to trash and death metal but also with some classical metal and even black metal influences.
In the 2001 the above mentioned project was realized with the making of the first line-up which was composed by the leader Jack Demon, Kevin on the guitar and Nava at the drums. During this year also started the research of the other band components and as a result the band was joined by Teo on the bass and Ste at the lead-guitar.
Things turned out well until the end of summer of 2003; actually during this time they recorded a demo named “Light of darkness” and made various concerts in Switzerland, Italy and even in Hungary but in the months that followed the summer Teo (the bass-player) left Heavy Demons for personal reasons and also Nava (the drummer) had to live the band due to health reasons.
Almost immediately they were substituted by two other guys: Paride as a bass-player and Sick as a drummer. The band must to remain without Kevin (guitar) for serious problem inside the band. During 2008 the band change Ste for the bad work inside the band. The new guitar player Piter take us through the dark journey of the demons, then the Heavy Demons get the second guitar named Russell!!!! He complete our line-up.