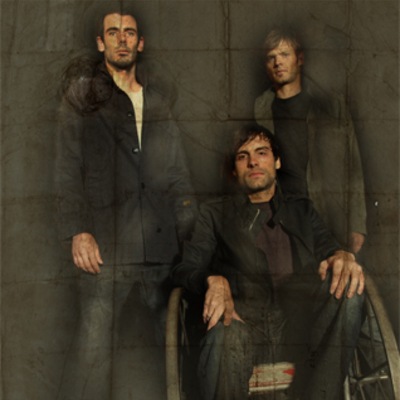 Rock, Zürich – California, summer 2003 – Three handsome guys step out of the plane in San Francisco with their instruments on their back, knowing that they will... Read Biography

California, summer 2003 – Three handsome guys step out of the plane in San Francisco with their instruments on their back, knowing that they will spend the next three months in a rusty van and cheap motels. There is only one gig confirmed at that moment, but they don’t care about such details, nothing can spoil their motivation to rock out.

And they were right. They made it to 15 Gigs from Seattle to LA, a Live TV show and, finally, a contract with US star-producer Sylvia Massy (System of a Down, Tool, Powerman 5000, etc.). Their following in the states proved to be loyal and started growing.

One year later, the same power trio arrives in San Francisco again. They do not only carry their instruments this time, but also their debut CD which was recorded at Radiostar Studios in California in the meantime. Another promo-tour for six shows in Santa Cruz and Los Angeles is set – including a showcase at the Roxy Club in Hollywood.
The tour leads to negotiations with the Californian indie label National Recorder that is currently representing them throughout the US. Having waked the interest of N-Gage Productions, the aspiring European label saw the writing on the wall and eventually signed them in order to release their album in Europe in fall 2006, followed by US-based company National Recorder.

After their successful debut album «Unmistaken» in 2006, Henchman is now back to stir up the international rock
scene with their second album, containing 13 tracks of emotional, authentic rock, defining itself somewhere
between alternative, rock and metal. Henchman’s new album surprises with sophisticated arrangements and
catchy hooklines, and it once again reveals their great musical potential. US-Producer Sylvia Massy (System of
a down, Tool, Deftones, etc.) managed to give their songs a distinctive mix and set their rock tracks in the right
mood.
Already curious? Well, just listen to «Good Friends», a straight-in-your-face rocker where one distinctive guitar
riff meets just the right vocal harmonies. Or put on «Today is Now», which is a rather dark ballad with unusual electronic breaks, followed by an organic hammond voice. And last but not least: Henchman’s new single
«Burning Bridges» which reveals their true potential for a unique sound, and you will hear a chorus that you
won’t get off your mind so quickly.

Speaking of live: The energy of Henchman’s live performances is seemingly equal to the one you will find on their albums. And not only do these charismatic three guys manage to impress us with their great musical abilities, they also manage to rock their crowd with their dazzling live acts, which have a tremendous impact and a thoroughly unique sound. Their new album is modern and entertaining in a way that you can’t ignore them, but still far away from a short-term hype. These guys are definitely ready, for wathever may come. CD release party is on 27th January in Zurich/Abart.

Registered since over 14 years
Last login on 11 February 2011