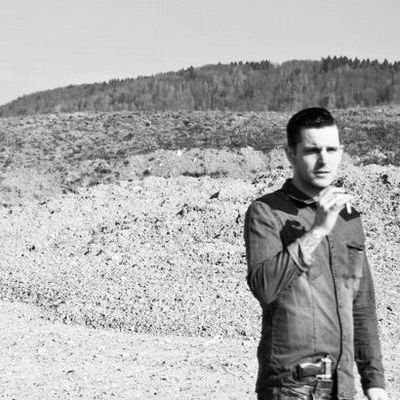 Pop, Zürich – ///The Birth Of Icky Undressed /// In summer 2008, shortly after my twenty seventh birthday, as I stood in the street at a bus-stop in Zurich,... Read Biography

In summer 2008, shortly after my twenty seventh birthday, as I stood in the street at a bus-stop in Zurich, Militär/Langstrasse, it dawned on me that I had probably, all things considered, failed in my mission to become the next Ramones. At least, for the timebeing.
It was late afternoon, dark prematurely, and my ex-girlfriend had just ditched myself and my band the Sidewalkpoets. You may not have read about this at the time; there were disappointingly few headlines in the press, not many shocked editorials in the trade magazines… None at all, actually. But she was the girl I loved and the Sidewalkpoets was the band I was in, and for about five years this girl and band had served as the very nerve-center of my pop-stardomeoperation, my Become A „Ramone“ Campaign.

As it comes if you are the happy owner of a guitar, you start writing sentimental, tacky songs in situations similar to mine. I played them to a friend and he said: „Put’em on a record, I’ll buy it!“

I’m thirty-two now. I have no girlfriend with whom I live and no cat or a mortage on a proper house with its own front door and stairs and a garden. I only have crappy jobs and no car. I never ever had a bonfire. There are still no unnerving signs that I might, after all, like jazz... But there just comes a time when you’ve got to say no, put the whole thing behind you and simply - for God’s sake - grow up!