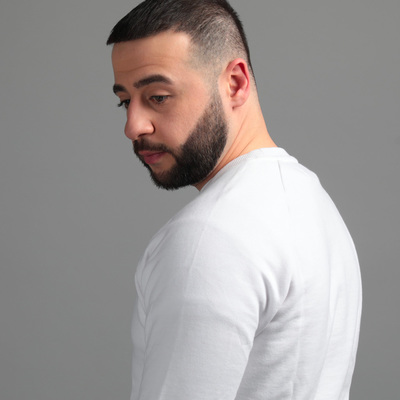 deep house, bass hous..., Vaud – Ivan Hermez is a DJ and producer based in Montreux, Switzerland. He is one of the most promising of the upcoming Swiss talents. Very open-minded,... Read Biography

Ivan Hermez is a DJ and producer based in Montreux, Switzerland. He is one of the most promising of the upcoming Swiss talents. Very open-minded, he travels through many various
music worlds and styles; as a producer, he is limitless. He can go from Latino to Hip-Hop, Afro
beat to Pop, as well as creating music for films and video games.

At the age of 16, he began to play the drums and took piano lessons, after what he naturally got interested into electronic music; music software really sparked his creativity and that’s how he started producing beats. By that time, he used to be working in a local web radio station in
Montreux, Switzerland.

In 2012, he made official remixes for Solo Dos and Alphaville. He also produced songs for Solo
Dos, Laura Estrada, Marta Carlim, Trisha Emi di Curtz, Will Diamond, Dado Rey, Uru Haberli,
Tetsuya Ura, Funmelic, Volta, and many others. The same year, Ivan graduated from the CFMS
School in Lausanne, with a sound engineering certificate.

In 2013, he partnered with Thony Vega from Planet V Music Switzerland and became the studio’s main producer, where he produces and arranges many songs for a lot of artists around the world.

In 2016, he started collaborating with MIRAII from Millenium Squad Records, in association with Planet V Music and Eyetouch Creative Agency and produced his brand new single «Feel Free». The same year he started collaborating with Lindita Halimi, finalist from American Idol US 2016 and representing her country at the Eurovision contest in 2017.
Many clubs in capital cities around Europe already opened their doors to the young Swiss talent. He was regularly performing in places such as D! CLUB (Lausanne), Bypass (Geneva), Mad Club (Lausanne), Pacha (Ibiza), Tartufo Club (Madrid), Space (Ibiza), Pacha (Madrid), Fa-brik (Madrid), Florida Park (Madrid). The list is long, but still includes places where he is regularly invited and these are: 93 Feet East London and Pacha in Spain, The Ressort in Berlin, the Showcase in Paris and the Penthouse in Stuttgart.

In 2020, he’s ready to bring you the best of EDM, counting on always more creativity and fresh
inspiration. Stay tuned!

Registered since about 1 year
Last login on 29 September 2020