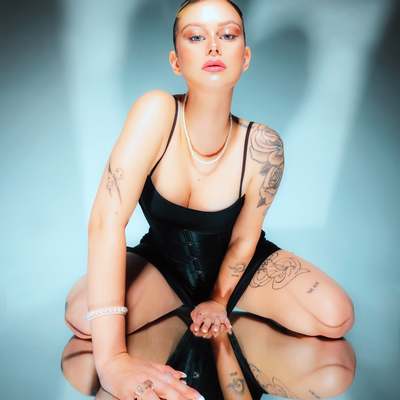 Hip Hop, Rap, Luzern – Influenced by Kehlani, Tinashe and the korean music scene, Ivorrie is a sort of mixture between RnB and Hiphop, including Trap or Trapsoul. Born... Read Biography

Influenced by Kehlani, Tinashe and the korean music scene, Ivorrie is a sort of mixture between RnB and Hiphop, including Trap or Trapsoul.
Born in Switzerland and as one of the few female Swiss acts in this genre, she’s already caused a stir in the male-dominated scene and received critical acclaim by tastemakers in the swiss music industry. The 25 year old has bold plans for the future and not only wants to inspire, but also encourage other female artists to set foot onto the stage and share their talent with the world.

In 2018, Ivorrie had the opportunity to work with Jason Derulo and be featured in the Swiss version of the Coca-Cola FIFA World Cup Anthem Colors (Coca-Cola® Anthem, 2018 FIFA World CupTM).

April 2nd, she released her EP "Mizu" and announced that a big project is on it's way.

But before that, Ivorrie got us a new single called "Broken". Very emotional and painful lyrics, which you can literally feel in her voice. Things she finally can speak about, after a break up.

Registered since over 1 year
Last login on 13 October 2021