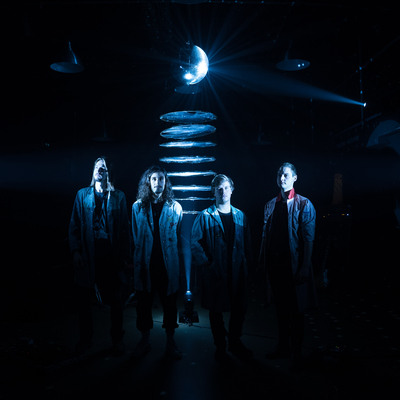 What started with energetic Jams in a private basement flowed into a symbiosis of rhythmic songwriting and dynamic sounds. That’s how the four-strong band JABAR creates a distinct musical atmosphere inspired by post- and stoner-rock. Their songs, that may start with a delicate melody, could end either in a musical earthquake or still as a matching answer to the imparted gentleness.

After their first Single Inertia was released in February 2021, now, one year later, follows the debut-EP 7th Floor. After some gigs around their hometown Lucerne in the last few years, the four people from Horw can’t wait to take their music further into the world. The musical breadth with simultaneously tangibly set nuances is expressed memorably on the EP. 7th Floor represents the musical conception and style of JABAR in a vivid view.

Registered since about 1 year
Last login on 4 May 2022