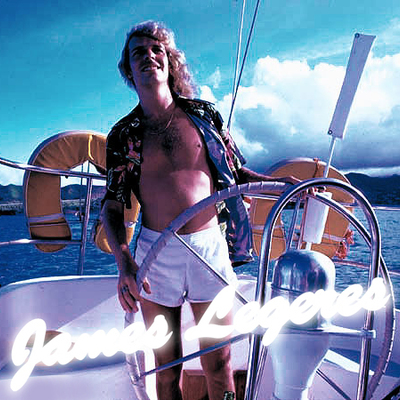 Pop, Basel-Stadt – JAMES LEGERES - AN ADVENTURER PART II Sometime in 2009 James found himself citizen of a new unknown island. Besides cruising on his speedboat,... Read Biography

Sometime in 2009 James found himself citizen of a new unknown island. Besides cruising on his speedboat, he recorded a new album: "Whirlpool Galaxy". To recover from financial ruin after a copyright lawsuit against Megadeth, James now has to take care of business and promote his music.

JAMES LEGERES was born in 1994 in Rimini the day before C.Love became a widow. His mother soon after left to Miami to become big in porn business. His wife being gone, Mr. Zimmermann communicated with his son only by the sorrowful tunes of his Mandolin. Young James found his family elsewhere: The sea and the wind whispered everything he needed to know about Life (Bitch!). The beach and women set the scene for numerous adventures and songs. As the turn of the millennium drew nigh, James decided to leave his hometown with nothing but a memory and his shoes. He crossed the San Gottardo and wandered down the River Rhyne to Basel. Things have changed since James had set out on his journey: He got computerized in 2000, and the following years, still stumbling through the narrow alleys of Basel, he split into many. As Carla Johnson and/or Ambrosius Huber and/or Tobias Koch and/or Daniel Karrer and/or Stefan Karrer he now plays his Songs in a chamber with an open window.