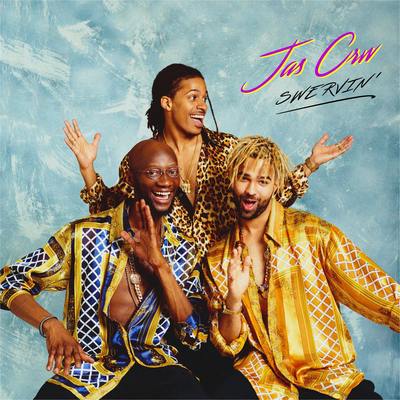 JAS CRW is an unbelievably energetic Urban Music Crew from Zurich (CH) with roots in St. Gallen. Since 2006
the three initials “J – A – S” stand for the first letters of the artists names Jaime, Aristoteles and Sandjay – but
mainly for family, friendship, power and deep consciousness.
Celebrated since their formation for their live performances on birthdays and home parties their music quickly
grew to be their new life task which they have been pursuing passionately. A crew representing how Switzerland
could look like in 2018: multicultural, creative and ambitious.
Through passionate determination and a strong desire for perfection JAS CRW is already celebrating successes
all over Switzerland, Germany & Mozambique. Their energetic live shows are contagious.
Their first album “The Quest Of The Brave and Ambitious” was released in April 2015. An album with harsh but
honest English rap. The foundation for greatness. The second album „SWERVIN“ released in June 2016 has
opened many doors for the three men. They played over 40 shows around Switzerland, Germany and London.
After a two-month music and development experience in London in the end of 2017, JAS CRW got back the
energy and inspiration they needed for their quest. They went to Mozambique with „Viva con Agua“, an organization
for clean water, to help people in need and also produced a movie „CHUVA“ about the current water issues
in Mozambique.
JAS CRW is rich in variety and highly energetic: rap parts are broken up through Soul-heavy vocals. Eloquence
and extremely diverse Flows enhance their third album “K.A.L.I.” and make it unique. They just released their
single and video „FOLLOW ME“ from the upcoming album and definitely created a masterpiece.
Not without reason magazines like watson.ch or the Friday Magazine have called the three members as one of
Switzerland‘s biggest and most promising newcomers.
JAS CRW stands for self-esteem and passion to enchant the listeners. JAS CRW is family, friendship, power and
deep consciousness. One heart. One crew. One love and One soul.