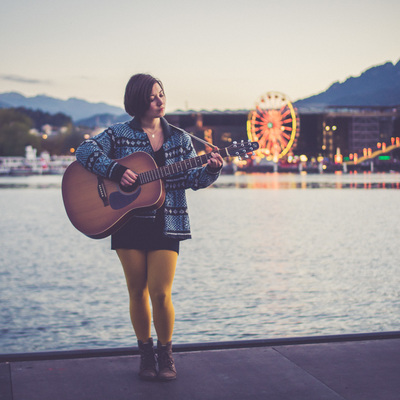 Jasmin Larue is a singer-songwriter from Lucerne, Switzerland.
After years of playing live at small venues in Switzerland, Austria and New York, Jasmin finally recorded her debut album «Feels Like Coming Home And The Blues» in Spring 2016.
Inspired by living and traveling abroad the nine songs tell stories about foreign places and people, wanderlust and nostalgia and the dilemma of feeling a longing to be here and there at the same time.
Since the release of the album Jasmin has been playing lots of concerts with her band. Decorated with accordion, bass, percussion, harmonica and piano her music spreads from intimate solo tracks to folky tunes which animate to sway along.

Registered since about 7 years
Last login on 2 September 2019