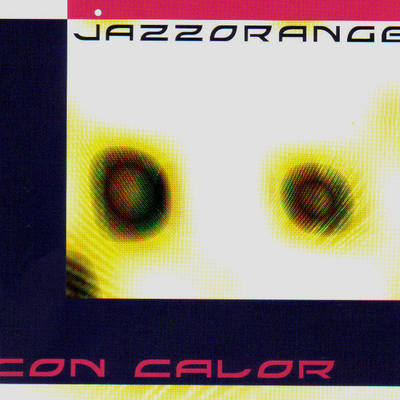 Jazz, Vaud – Created in 1992 by Bob Arnedo and Carlos Garcia, Jazzorange is a group of confirmed Jazz Fusion musicians. They blend Jazz, in a wide sense, with... Read Biography

Created in 1992 by Bob Arnedo and Carlos Garcia, Jazzorange is a group of confirmed Jazz Fusion musicians. They blend Jazz, in a wide sense, with rhythmic elements from all horizons (Afro-Cuban, Latino, Funk, Rock, Pop, Blues and many others), vocals, acoustic instruments, traditional and contemporary instruments.
The pieces are composed by the founders of the group and the arrangements made in collaboration with all the musicians involved, creating a symbiosis and enriching the musical message. The different nationalities of the musicians, the many travels around the world, helped Jazzorange produce music rich in images, emotions, and energy with hot latin and African rhythms. They spur colorful blends of instruments from all latitudes, such as Berimbau, Rain Stock, Balafon, Shells and so on.
In 1993, Jazzorange released their first CD "Echelle 1:1" and gained recognition from the public and the media alike at a Swiss national level.
From 1994 to 1996, with tours in Brazil, USA, and concerts at the Montreux Jazz Festival they attracted international attention. In April of 1996, They released their second album "Source...".
1997: The Swiss Tour "Nord-Sud", was very success introducing a new concept of sustainability and environmental awareness with each concert.
The third album was born..."Nord-Sud, Live, in 1997".
1999: The release "Clandestin" with different Hip-Hop, R&B, tangos and folkloric arrangements contributed to making Jazzorange venture into new styles. The group made an European wide promotional tour at the end of 2000.
In 2003, the group was back in the studio with new music leaning toward Electro/ Latin/ Jazz. Lots of friends contributed to the compositions as guests musicians on the album “Con Calor”, the last recording to date in 2004.
In 2018, as all physical albums got sold out, and Jazzorange started re-releasing all albums on Digital Platforms.

Registered since about 16 years
Last login on 28 January 2019