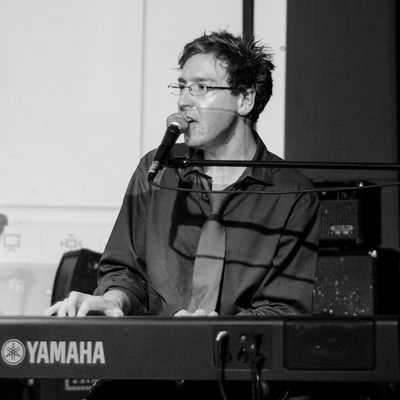 Pop, Vaud – Jeremy Austin is an English singer/songwriter and currently lives in Lausanne, Switzerland. Music all started for Jeremy as a lead singer in a... Read Biography

Jeremy Austin is an English singer/songwriter and currently lives in Lausanne, Switzerland.
Music all started for Jeremy as a lead singer in a rock band, but after he gave up the band to study music at the University of Sussex in Brighton and the Guildhall School of Music in London, he has been taking his solo musical career in a completely different direction. Whether it’s on piano or on guitar, his acoustic folk-pop varies from soft, melancholic tunes to upbeat tempos. His vocals are inspired by great British singers (such as David Gray, James Morrison and Tom McRae).

Jeremy released his first single "Trust in You", while working with his producer Samuel Jonckheere on his début album "Trusting Again".
His second album "Falling in thin air" was released exclusively online on mx3 in 2011-2012.
Jeremy is ready to share his old and new tunes live on stage, please be in touch by email (link to the left of the page)!

3 of Jeremy's songs are played on Swiss radio "Radio Swiss Pop" - check them out on the mx3 page, look for the songs with the "on air" signs.