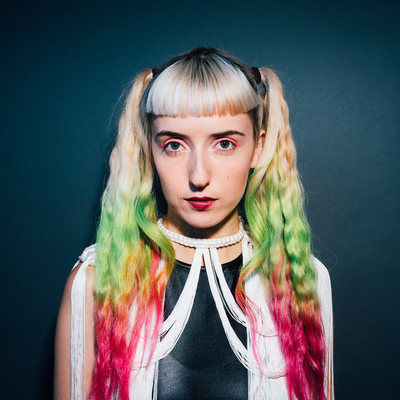 Pop, Bern – JESSIQUOI is Bern’s big secret that is about to get out. Originally from Australia, her beats flow somewhere between fresh Electronica, World music... Read Biography

JESSIQUOI is Bern’s big secret that is about to get out. Originally from Australia, her beats flow somewhere between fresh Electronica, World music and Rap. Her vocals, colourful costumes and wild make-up embody a sheer and endless creativity. She combines these elements live on stage so effortlessly that you might do a double take at first. Her sound and performance are scratching that itch we all have for ‘that certain je ne sais quoi’ - or rather that certain ‘Jessiquoi’. And so her notoriety is building quickly, with performances in the Dachstock in Bern, the Fri-Son in Fribourg, many underground parties and her name on the program of this year’s Gurten Festival and Zürich Openair Festival, her reputation as the next big thing is starting to bubble to the surface. She certainly has ruffled the feathers of the local scene. A goddess of DIY, she takes the stage with her own hand-made wooden wagon which is covered in lights, momentos from Asia and various electronic equipment. Then she hits the audience with her dance, her voice and displays full control of her many electronic instruments and effects. As if that weren’t enough, all her material is completely self-produced, including the GuZheng (Chinese harp) she brought back home to sample, because that’s how modern goddesses roll these days. True talk.

Although sometimes compared to M.I.A, Grimes and Die Antwoord she actually draws inspiration from her favourite games, Japanese anime, cartoons and books which influence not only her sound but the visual presentation of her work. She is currently working on a debut album which follows the stories of characters she invented and she plans to release it as a graphic novel as well as in the form of music. JESSIQUOI has a fierce vision and is not so easy to compare after all!