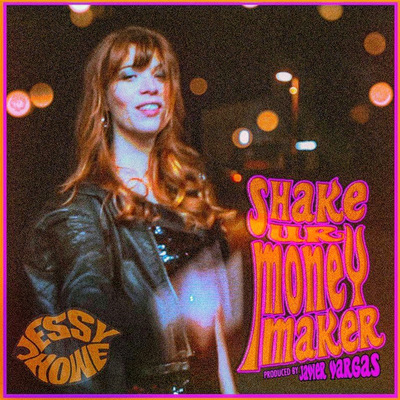 Jessy Howe feat. Javier Vargas (Vargas Blues Band)
Jessy Howe was born in Switzerland and grew up in the South West of England. As a professional singer and songwriter she performs, collaborates and records in Switzerland, Germany and in many European Cities (Art on Ice, Popkomm Berlin, Montreux Jazz Festival, We Classic The Rock 2).
Acclaimed Swiss rapper Bligg has featured Jessy on his single “I’d Kill For You” and hired her as a guest singer to join him and his band on two of his tours. Along with her band “The Raveners” she released two albums and toured in Switzerland and Germany with five singles including “You Gotta Swing” and “Boy You Wanna” on radio airplay.
Javier Vargas is the most famous Spanish guitarist inside and outside his homeland. With eight platinum records, 27 albums released since 1991, including his new album “Del Sur”, countless international tours and collaborations with legendary artists such as Carlos Santana, Prince or Larry McCray. At the head of his, “Vargas Blues Band”, Javier has managed to gain admirable respect for his music, his constant career and impeecable reputation.

“Jessy Howe feat. Javier Vargas” was formed in 2020. This creative match have been producing and recording songs since the beginning of this year at the studio in Ibiza. They now are releasing on 19 June their first EP “Magic Waters”. An EP consisting of 6 powerful melodic songs that are carried by the fusion of Jessy’s unique dark toned soulful voice and Javier’s fiery trademark rainbow light guitar playing and spacey sounds. Enjoy listening to the new single “Shake Ur Money Maker” and their EP packed full of “Magic Waters” (Rock Estatal Records, Spain).
Label: http://www.rockestatal.com
PR: http://www.theborderlinepress.com