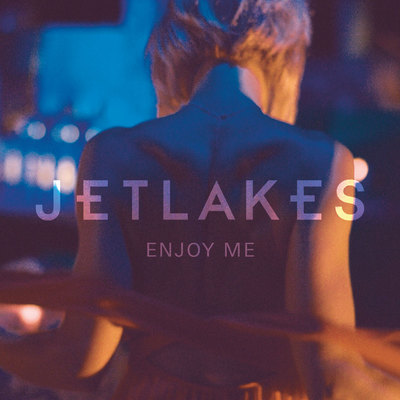 You've probably heard of Scotland's
Loch Ness and its famous monster 'Nessy' ... Well you probably wont believe this but Switzerland's lake Geneva has it own monster ... It's not some kind of aquatic dinosaur like its Highland counterpart this is a massive 4 headed beast.
After a number of scary late night sightings it's finally come roaring out of the lake into the broad daylight and is ready to make itself heard ... Big time !
What's even stranger is rumour has it that it plays rock music !
Did I get your attention ?
Yes, you guessed it !
This particular monster is a rock group called ...
JETLAKES
Alex, Arthur, David and Gaël have been working real hard these past 18 months.
composing, arranging and recording their first album in association with the international record producer and engineer Steve Forward. Following the radio success of their initial EP 'Projections' they've been playing a string of concerts in Geneva's most reputed venues and Swiss Festivals (main stage Caribana Festival 2015 – Fête de l'Espoir 2015 – One FM Star Night 2014 in Arena Geneva). Now they're all set to conquer your hearts and souls with 11 steaming hot original rock songs. The album is due for release in the new year with a single in january 2016 ... Don't miss it !
Come on and join the growing family of dedicated Jetlakes fans before it's too late, Lookout, this monster bites ...
You have been warned !
You'll find more information, videos, photos, press, tour dates, music, who did what, where, when and why in the links bellow !
Official Website : http://jetlakes.com/en
Facebook : https://www.facebook.com/jetlakes
Youtube : https://www.youtube.com/jetlakes
Soundcloud : https://soundcloud.com/jetlakes
ITunes : http://smarturl.it/JLProjections

Registered since about 7 years
Last login on 5 October 2017