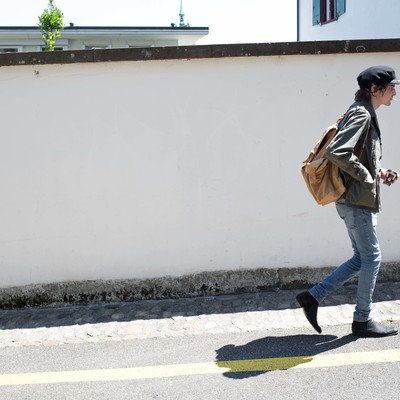 Folk/Country, Folk, Basel-Stadt – Starting as a busker I learned to play guitar and harmonica and practised for hours on end.That`s how i learned the craft of making music. One by... Read Biography

Starting as a busker I learned to play guitar and harmonica and practised for hours on end.That`s how i learned the craft of making music. One by one after a while they wanted me to play in clubs and pubs. In 2011 I started a band: Who Killed Peter Merian.We played concerts around Switzerland and in Germany . Besides that, (In my heart was still a blues and folksinger) i played some folk and blues music in bars, pubs, weddings and continued busking in the streets. After playing concerts in Berlin, London, Liverpool and Paris I started becoming passionate for American folk and Blues music more and more. At that point, In June 2013 we reached the peak of our short career, we were the the opening act for MANFRED MAN`S EARTH BAND and URIAH HEEP at Liestal Air.
It was my last concert for a really long time….
because a couple days later after a doctor visit
I was diagnosed: leukemia,
They took me to the hospital and my life was pretty much put on hold ever since. Now after 3,5 years, a lot of chemo therapy, never ending hospitalstays and a stock cell transplant I defeated the cancer! now i feel healthy enough to start playing again.�I`M HAPPY TO TELL YOU: I`M BACK AND I`M READY TO ROCK ON !!

Registered since over 5 years
Last login on 3 November 2019