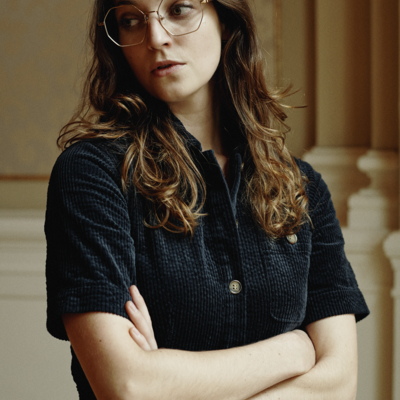 Fearlessness is rewarded: At 16, after growing up in a remote Swiss village, Heart formed her first rock band and found herself on a perpetual tour throughout Europe. Now as a solo artist she allows herself to be more intimate, in an insightful and creative debut record.

harsh & gentle
Her first release boasts four self-penned Americana songs, inspired by a decade of blues, rock'n'roll and a strong desire to allow her melodies more space.
Shredding guitar riffs are now a hindsight, as Heart has honed in on keeping catchy melodies and clever lyrics in the forefront. Her husky voice is highlighted as it’s distinctive sound continues to turn heads. Heart captivates her listeners and allows them to dwell within her songs, to repeat again and again in their playlists.

Thematically, Julia Heart devotes her songs to sociocritical topics, and continues to prove her knack for capturing the essence of an idea in lyrical form. In "Forever Means No More," the first song of her Debut EP, she serenely sings "It's a funny thing that you said you live out loud, for what I hear it's a dry mouth and a sad heart." In addition to poetry, the EP boasts an unmistakable Americana charm. 'Jungle' flows with a carefree lightness which contrasts Heart’s soulful voice. “For E,” shows strength in simplicity, that a few chords and a charismatic voice are enough to get under the listeners skin, while “Aron,” is reminiscent of songs by Bonnie Raitt or Robert Francis.

Julia has always mastered the playful balance of gentle melodies and her rough voice, now with her solo project, she shows this strength in a new light. Now is the time for a new harsh gentleness and it’s gaining ground.

across the pond
After playing almost 200 shows with various artists in Europe, Julia Heart is headed across the pond. Destination: Nashville. Capital city of country, americana and folk music. The perfect scene for a woman with a big voice and something to say.

Registered since over 2 years
Last login on 3 May 2021