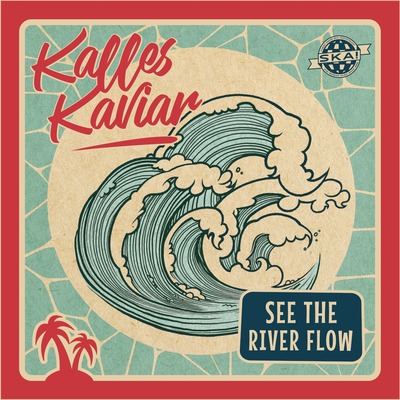 Twelve songs, twelve smashing hits: The seventh strike of Kalles Kaviar.
"Probably The Next Big Thing" is the name of the new record by Kalles Kaviar. The title song is about a boxer who is considered the next big sensation. In the big fight he is knocked out in the first round.
It’s completely different with the next big thing of the longest serving Swiss Ska Band Kalles Kaviar. With "Probably the Next Big Thing", the Basel-based band is releasing album number seven after almost a quarter of a century of existence.
Twelve new songs are waiting to be heard. It's worth digging in: the riddims pop precisely, the melodies dance beautifully and the hooks hit the heart with relentless precision. Those who sit unmoved while listening or even get knocked out in the first round should perhaps see a doctor.
Kalles Kaviar have heard again and again since the foundation in 1996 that ska will be "the next big thing". This is one of the reasons why they have named their new LP like this. Winking and calm.
Whoever has experienced the band on stage knows why: With Kalles Kaviar, the thing is always big enough. The party anyway. And it always goes into extra time, wherever the eight musicians are on stage.

Registered since over 15 years
Last login on 5 January 2022