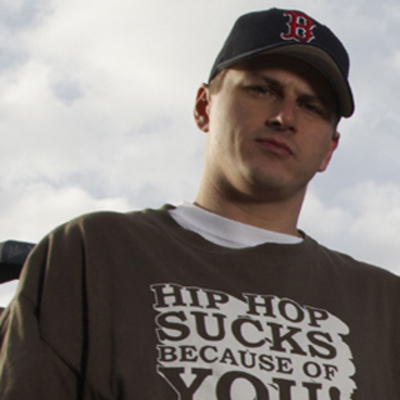 Hip Hop, Basel-Stadt – Kaotic Concrete is one of the the streetslanging lyricising wordsmiths of the Underclassmen. Born in Switzerland on March 6. 1974 raised in Boston... Read Biography

Kaotic Concrete is one of the the streetslanging lyricising wordsmiths of the Underclassmen.

Born in Switzerland on March 6. 1974 raised in Boston until the age of 16 and transplanted back to Basel Switzerland.

I first got into rap music in 1982 with the Message from Grandmasterflash and the Furious 5, in a summerprogram at the YMCA for inner city kids.I really got into it with RUN DMC after hearing Kings Of Rock and Rock Box stealing cassettes from Good Vibrations and Skippy Whites. I`ve been writing rhymes since 1987 and stared rhyming in 1989. I`ve seen rap in the mid to late 80ties.. to classic rap movements in the 90ties era, which I experienced at first hand and up to this day is valued as the classic no holds barred classic rap era.

The millennium change added much needed wind into the rap culture, wheather differenciating Underground Independent or Corporate. Many called themselves Underground because they didn`t receive a record deal, and as always half of them sucked. It doesn’t make a difference if someone is Underground or Corporate some have talent, potential and are good while others aren’t.. It`s that simple.. In the new millennium rapmusic has changed so much to the degree that it offers a platform for almost anyone with talent and will.

ANTARCTICA is my second name as a musician it symbolizes a new beginning for me as a rapper an artist and as a musician. This is my solo venture after taking a break from the Underclassmen movement. It is a platform taking me to uncharted land which is the road I paved for myself from the original Underclassmen group which are D.J.Dimes, Phil Pro, M.C.Trig, D.J.Tray and myself. We`ve opened up show for many U.S.groups such as Defari, Inpectah Deck, Supernatural, the Beat Junkies, Freddie Foxxx and Necro just to name a few. Collaborations and verses on mixtapes speak for themselves.

My music is sincere, it`s personal angry, sad and happy. I have a saying that describes it very well «I change poison to medicine».

I'm available for collab's and shows on request.

GET CLOSE TO THE FIRE!