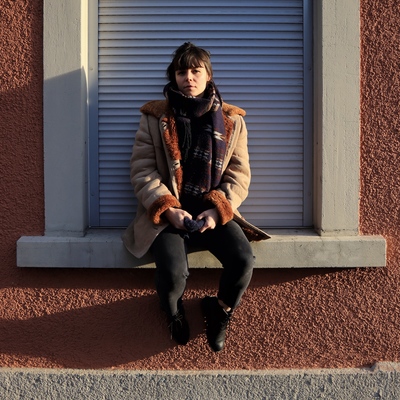 Pop, Zürich – It was the soundtrack to her journey: Katharina Busch offered with „Ten hours on a bus“ her debut album. Its poetic songs rattled well known folk... Read Biography

It was the soundtrack to her journey: Katharina Busch offered with „Ten hours on a bus“ her debut album. Its poetic songs rattled well known folk music clichés with at times intimate orchestral mixes. Two years later, in 2016, her second album «Blue silver diamond light” followed with unique and precious compositions, lined up like pearls on a necklace. Katharina mixed colours of folk, pop and jazz in order to tell her stories.
Both albums have been supported by the city of Zurich and songs such as “Try Try” and “Over you over me” have been and still are on rotation at numerous radio stations. So is her song “Du weisst nicht warum” from her third release – an EP entitled “Neue Worte neuer Wind.” This EP was her first project in her native tongue German, yet remained true to her style.
Katharina grew up in a musical family. She started early playing the piano and xylophone, before she began producing electronic music as a teenager. It was during that time Katharina discovered her passion for singing. After completing her hotel management studies, she set out on a journey to travel the world. „I am a curious person and I love to pack my bags and leave, not knowing what to expect. “Katharina worked in a sushi-restaurant in the Bermudas, travelled with her guitar for six months through South America and finally settled down in Zurich. Hundreds of song ideas arrived with her and eventually turned into her first album.
Although having found a home in Zurich, her journey is far from over. Katharina is performing on a regular basis, on her own or with her band, working on new music and is planning to release new songs in the near future.

Registered since over 7 years
Last login on 4 May 2021