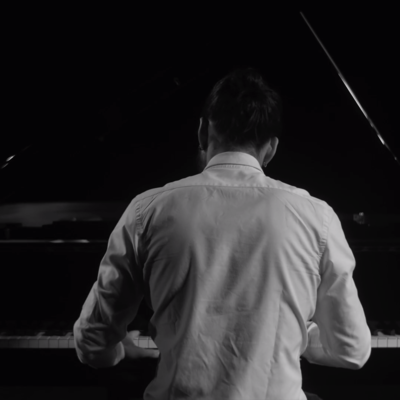 He lives in Biel/Bienne in Switzerland.

He begun at the age of ten with the classical piano and now, he composes his own music. He started with classical piano which gave him passion when he started out music. So, It was by the interpretation of Chopin, Beethoven that he found out the opportunity to broaden and enhance his musical background by touching every aspect of culture and possibilities turning around music. Later, He has been quite interested by many styles in a wide musical range regrouping blues and alternative rock that he was used to play in his first rock band. Alongside these changes, he found a way to make his own music and figured out his creativity when he had started to compose musical drafts.

Thus, when he played blues and begun to improvise, he was introduced to manipulate several music scales and , so, he begun to create and improve his own music.

Until now, he always tried to enhance his compositions and technique on his own. However, he never took lessons in composition.
​