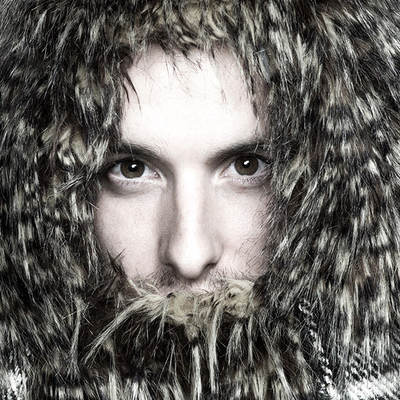 Kidd Feather is a young, East London-based electro-pop musician. His sound can be described as experimental, energetic, and eminently danceable. He’s been writing lyrics and composing melodies all his life, drawing inspiration from artists as diverse as Annie Lennox, Air, Radiohead, James Blake or Bibio.

For his debut single Sirene, he has been working with renowned producer James Sanger, famous for his work with artists such as Dido, U2, Keane, and Brian Eno. Sanger was drawn to Kidd Feather’s “brave and relentlessly passionate approach to music,” and said he had a fantastic time working with him, “making the wildest and most wonderful record, totally without any limitations or reservations.

Kidd Feather originally hails from the crystalline air and clear, blue skies of Switzerland, which, he says, has been both his blessing and his curse.“It definitely influenced my musical style,” he says. “I grew up surrounded by perfection and somehow, all that beauty made me yearn for a kind of darkness. When I left Switzerland at the age of 19, I went a little crazy for a while, trying out new things, and having lots of experiences. It was a pretty intense time, and that's probably what I draw on the most in my lyrics. I have learned that life is like a sheet of glass – it can be immaculate, or it can break into lots of interesting pieces. I think that’s what I’m trying to communicate in my songs.”

His single Sirene is full of distorted, trippy vocals, with a sound that evokes vulnerability and confusion, yet optimism as well. It’s about temptation, the lure of danger, the paradox that what can be bad for us can also be very appealing – it’s the contradiction that’s inside all of us.