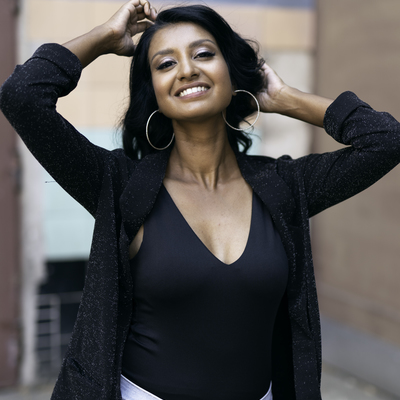 Pop, Basel-Landschaft – Kiki Nam Nam was adopted as a baby by a Swiss family from an orphanage in Mumbai. Despite growing up in Switzerland, she never completely lost... Read Biography

Kiki Nam Nam was adopted as a baby by a Swiss family from an orphanage in Mumbai. Despite growing up in Switzerland, she never completely lost sight of her Indian roots.
Even though the KiKi NAM NAM album has been preproduced at the Swiss Rebel-Inc. Studio and subsequently recorded at the legendary Blackbird Studio in Nashville, Tennessee, it is easy to distinguish recurrent Indian musical sounds underlying the country, bluegrass and rock elements of these catchy pop songs. Kiki Nam Nam’s choice of this unique cultural mix has enabled her to create her own unmistakable musical style.
The artist is an extremely precise observer of current social developments, but without ever compromising her keen sense of what is memorable in pop tunes with catchy hooks. Apart from one song composed together with two song writer friends at the SUISA Songwriting Camp in 2018, all of her impressive often heartrending portrayals of human states of emotion, were penned by herself.
In keeping with the traditional story-narrating, the songs (Chasing Butterflies, No Crown, Perfect Day, Hold your Hand, Friends, Don’t Steal my Man and Oooops?!?) reflect not only current issues such as all-pervading selfie mania (in the song Selfie), but also frequently depict strong women, who can be compared to tigers with their indomitability und unswerving manner and who can be perceived as the actual rulers of life in the modern jungle (songs: Can’t be Tamed and The Jungle).
Last but not least, issues like widespread stereotypes and prejudices such as marginalization resulting from a different skin colour (song: What if, a duet with Mr. Currey Singh) are also being addressed in the wonderful new KiKi NAM NAM album.
The first single „Selfie“ was published together with a video clip on January 25th, 2019 and the KiKi NAM NAM album was available in music stores as from 17th May, 2019.