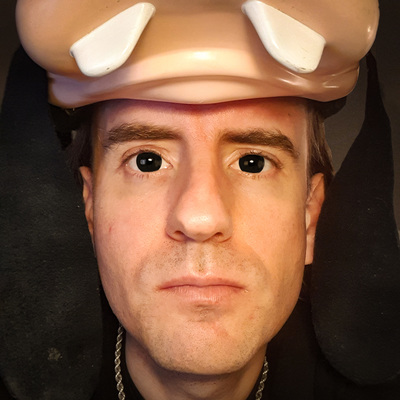 Lofi-Crooner-Folk, Zürich – Kleon is a multi-instrumentalist, songwriter, singer and a freak. His music doesn't really fit into any category. His ideas don't obey any rule.... Read Biography

Kleon is a multi-instrumentalist, songwriter, singer and a freak.
His music doesn't really fit into any category. His ideas don't obey any rule. His lyrics come to him in his sleep, on the bus, in a glass of whiskey — sometimes they are shy — and they rub against the world. Musically he grew up in hip hop and electro as well as in blues, with the Doors, Velvet Underground, Tom Waits or Einstürzende Neubauten. And since he grew up, he is interested in all genres - and gives a sh*t about musical categories.

Since moving to Zurich in Switzerland in 2018, Kleon has concentrated on his solo project. He plays all instruments himself in order to mix different influences and ideas and to find new combinations in a playful way. He has always been recording his songs himself, experimenting with a wide variety of sounds and production techniques. Sounds that do not match stylistically at first glance are layered, in levels and rhythmically connected. Toy piano meets trip-hop beat, acoustic guitar meets micro-Korg. Everything is handmade, everything from the gut, almost everything recorded with the first take. Often partly experimenting, but also taking the time to perfect a beats until it grooves perfectly – a LoFi sound perfectionist – the KLF meets Neil Young.

Kleon Medugorac is an artistic jack of all trades. The musician is also graphic designer, illustrator and artist in almost all audiovisual fields, and works just as free and experimental there as in his music. His artistic work has received multiple awards and is represented in collections of art museums. He is also singer, instrumentalist and producer of the duo Candyass – a band with his partner illustrator Paula Troxler.

Registered since about 1 year
Last login on 14 December 2020