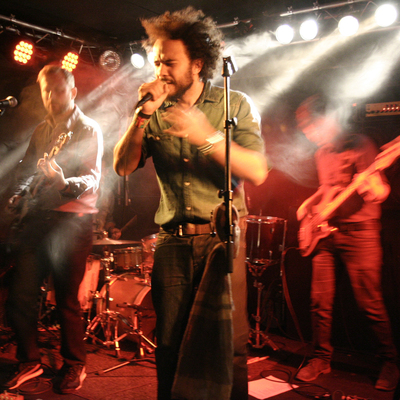 Eric Kolo (lead vocal, acoustic guitar) and Stéphane Guex (guitar, keyboards) started trying out their songs in the bars and clubs of New York and Paris, and then founded the band K.O.L.O in Geneva in 2005.
Additional band members include : Mathieu Karcher (guitar) and Laurent Nicolas (drums).
K.O.L.O released their first album « Songs For A Sleepwalker » in 2008. The second album "Kill the Snake" will be available the 22nd of November 2013.
Their music is a blend of folk poetry, fresh pop and explosive rock.