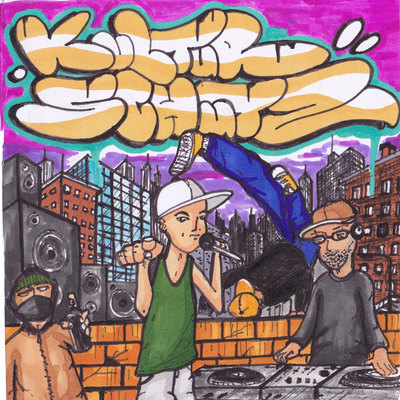 Hip Hop, St. Gallen – My fundamentally experience with Rap was in 2001 or 2002. When I was 12 I wrote my first Lyric with my cousin. I can't explain why we did something... Read Biography

My fundamentally experience with Rap was in 2001 or 2002. When I was 12 I wrote my first Lyric with my cousin. I can't explain why we did something like this, there was no reason... :D ... More than six months later, I met Patrice "Splint" Caspari. He made this funky beatbox and i was rappin' my first lyric with my new friends beat. My first Freestyle was in the age of 13. Splint also started rappin'. So we started our first crew the "Free-Game-Gang". After one year another friend joined the group and we were called "SantaBlunt" with the new MC Dominic "Stouni" Monstein. I think when I was 15, Splint was the first one to leave the crew. Stouni and I left on our own. My new Nickname at this point was "SlimD". SantaBlunt continued for one year. After that i realized Stouni and I had different styles. He was too aggresive compared to my "laid-back style". So, i left SantaBlunt and started Solo with my new a.k.a. "Citral MC". After a few months, "FlouWaveMC" came back from Portugal where he was staying with his father. We met and i realized we had a similar style. So we decided to work together. My new name became "Rapshit". In 2007 we formed the crew "SwizzClassics". I came in contact with my friend "Cultural MC" and his DJ, "DJ SK-ONE"(which is called "DJ Larcenist" now). Mostly Cultural MC's technical abilities influenced me. So we made some features and worked together. In 2009 I formed "Kulturschutz" with Metrics (Beat-Producer) and DJ Larcenist.