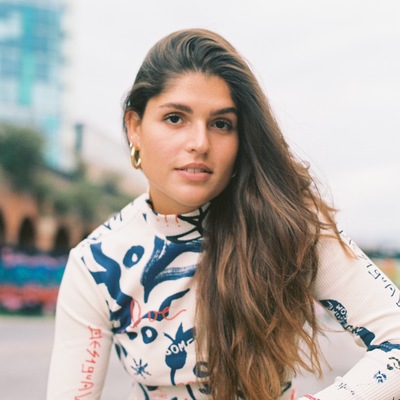 Indie Soul/Pop, Zürich – Known for her soulful voice and brutally-honest lyrics, Zurich-based indie-soul singer/songwriter LAGIOIA has been back in Switzerland from London... Read Biography

Known for her soulful voice and brutally-honest lyrics, Zurich-based indie-soul singer/songwriter LAGIOIA has been back in Switzerland from London since 2020. Since her return, she has played at various festivals (RADAR, Gurten, Seaside, Lauter) and gained the interest of listeners.

In 2021, she released her single "On & On" with the accompanying music video. The song got its first overseas airplay on BBC Introducing in Kent (UK). The song was inspired by toxic relationships and quarantine. Through this she found her own alternative indie soul sound and first pre-produced the new song On & On independently.

Using songwriting and music making as self-therapy to find balance in life, LAGIOIA's mission is to inspire mindfulness with her lyrics and give listeners the space to reflect on and find a solution to their daily life problems with her emotional melodies.

Her first release "Black Magic" got airplay on SRF 3 and SRF Virus, her single "Lord" on Radio Swiss Pop and Radio X and her latest single "On and On" on Radio 4. She is currently working on her debut EP.