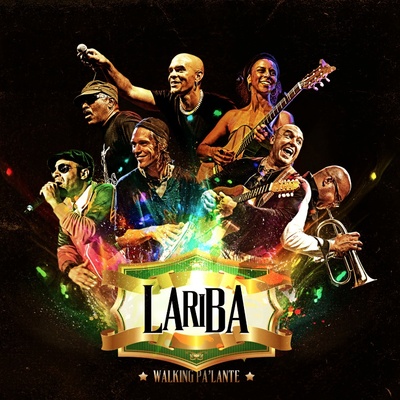 World, Zürich – LARIBA After each performance of Lariba, the same ritual takes place. All the band members meet up at the hotel room of Juan Carlos (59 years),... Read Biography

LARIBA
After each performance of Lariba, the same ritual takes place. All the band members meet up at the hotel room of Juan Carlos (59 years), the band's drummer, to celebrate late into the night. Abreu plays the master of ceremonies. He picks music from his extensive library: 70’s rock, salsa, rumba, jazz, soul, reggae, flamenco. This is the pool from which the seven musician draw shamelessly to compose their pieces of music. The results are a gutsy mixture of Latin jazz and hip hop. The Lariba sound is meant to be partied to and can be compared to Orishas or Jovanotti. Bandleader David Stauffacher agrees, but adds: "Our sound is more complex".

On the newest album the band members sing and rap in five different languages: Brazilian, Spanish, English, Italian and Swiss German. A Spanish flamenco guitarist (Pepe Justicia) makes a guest appearance, as does a Steel Pan player from Trinidad Steel (Gary Padmore) and a rapper from Colombia (Rodrigo Rodriguez). A Brazilian singer (Simone Santos) has been added to the core band, the album features a Merengue track and shows reggae influences. One might criticize this mix of styles as arbitrary. But this blend of rhythms succeeds because each track is held together by the band’s unique sound; and because the band is bold enough to mix styles within almost every track. Unmistakably, these are top-class musicians at work.

Behind this global and cross-cultural music project stands a Swiss man. A contradiction, but only at first glance, as David Stauffacher explains: "We grew up with jazz, rock, reggae and hip-hop, and are therefore quite skilled at taking up styles and reinterpreting them". In Switzerland, unlike in Cuba or Brazil, for example, the connection to local folk music is weak, international pop music dominates, he says. Stauffacher, one of the most well-known percussionist in the Swiss music scene, has been involved in many bands over the last ten years, in the pop as well as the Latin scene, where he was often the only non-Latino in the group. "So you have to work twice as hard as a musician to be accepted". But Stauffacher emphasizes: "Lariba isn't about copying Cuban or other traditions, but about defining its own fusion".

Stauffacher started out on a drum set, but became dedicated to Latin percussion almost 20 years ago. He spent over a year in Cuba, where he trained as a percussionist. Almost from the beginning, he pursued his musical career alongside Roberto Hacaturyan, also a professional percussionist and MC of the band. For Lariba, the two have gathered musicians from Brazil and Cuba. Alcides Toirac is a passionate composer, bassist and singer who shapes the songs with his personality and Cuban styles such as Trova, Son and Timba. Carlos Irarragorri from Trinidad, Cuba, is a master of the Cuban Tres, but also a wonderful pianist and singer. Amik Guerra is a well-known figure in the Latin scene and one of the busiest and most experienced trumpet players in Europe. A stroke of luck for Lariba is having Juan Carlos Abreu on the drums. Even as the oldest musician in the band, his power and panache continue to surpass those of the "boys". Simone Santos is one of the finer features of Lariba: her soft and elegant voice exudes warmth and elegance.

Six years ago, Lariba's first album appeared on a Spanish label. After a successful first year with festival appearances in Spain, southern France and Italy, the label felt the effects of the economic crisis and had to reduce its operations drastically. Now the band, for its second album, is making a fresh start ¬- with the prestigious German label Jazz House Records. Unlike its predecessor, it comes without cover songs, the sound has matured and expanded, some pieces flirting with mainstream pop. The album is called Walking Pa 'lante, which means walking foreward. And that’s exactly what they have done.

Registered since over 14 years
Last login on 4 February 2019