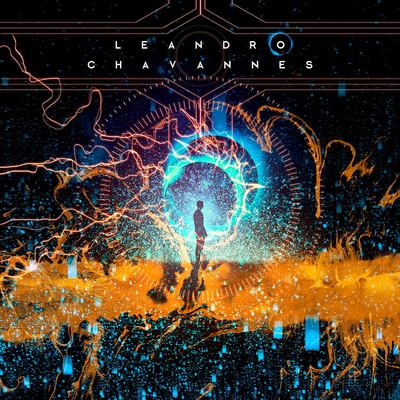 Rock - Instrumental , Vaud – Without restriction of musical genre, LCP offers a journey through the most varied emotions and landscapes. Their music has an almost dreamlike... Read Biography

Without restriction of musical genre, LCP offers a journey through the most varied emotions and landscapes. Their music has an almost dreamlike dimension, thus offering a unique moment of introspection.

Leandro Chavannes:
Born in Uruguay, it was at the age of seven years old that he get his first guitar. Strongly influenced by Stevie Ray Vaughan, Robben Ford and Joe Satriani among others, he became very passionate about modal music. Having contributed as a composer and lyricist for Synesthesia (Uruguay), FullHouse (Switzerland) and Borderline (Switzerland), it is today that he returns to these roots within the instrumental project "Leandro Chavannes Project".

Vincent Filliettaz:
Vincent has always been immersed in music, from Deep Purple to 21 Pilots via Cure and James Brown, he studied drums academically (a little) but above all played (a lot) in New Wave groups (Square Vision) , Rock (Six symbols, No Hawks, Jackie's Band) and funk (Funkmates). Since his passage in New Wave, he had only played in cover groups, but thanks to the meeting and the talent of Leandro, here he is again involved in an original instrumental project.

Manu Vences:
Passionate music lover from adolescence, it is at the end of it, that he learns the instrument (sax) by following courses and participating in workshops for a little over a year and thereafter in self-taught. From 1999 to 2001 salsa, merengue (Luz Propia), from 2008 to 2020 jazz-funk (HelmymoreFunker’s), concerts in Shanghai and region, Montreux (2010 and 2012) etc. These varied tastes range from Funk, Fusion to Prog Rock.

Henri Aeberhard :
Passionate about music from a young age, Henri turned to bass at the age of 12 with rock and punk rock among others as his first influences. The bass being his heart instrument, it becomes a way to share his love for music.
With Geddy Lee (Rush) and Les Claypool (Primus) as idols, he is also part of two projects: Princes of the Marmots (prog rock) and Memories of Dust (metal rock).