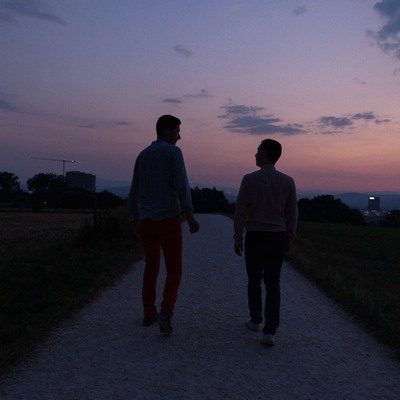 Pop, Basel-Stadt – Your heart is dancing. Endlessly. The sound of Lexs (spoken: Legs) hits you like a thunderbolt in the middle of the summer thunderstorm and... Read Biography

Your heart is dancing. Endlessly. The sound of Lexs (spoken: Legs) hits you like a thunderbolt in the middle of the summer thunderstorm and caresses you like a snowflake on a dreamy winter day. The dancing pop songs take you on a mountain ride. From the valley to summit and back.

«The world starts to turn around. Saturday night in the midst of dreary everyday life.» (Rockette)

«It's danceable pop, discopop, and sometimes even stadium pop. Their sound is great, especially the singing.» (Musikch)

In 2015, Lexs’ first single «Do You Know˚ was released. The LA-shot video starring Hollywood star Eric Roberts, the brother of «Pretty Woman», released a big media echo (Joiz, Blick, Radio Top, Radio Basilisk, and others). In 2016 the single «Across The Water» (on air with Radio Swiss Pop) followed and the debut album «Ready Steady Go» was released. The video for their single «30 Days and 30 Nights» is a revival of a Swiss cult film from the 1980s. The new single «Forever Young» is an ode to the summer.

Registered since over 9 years
Last login on 17 February 2020