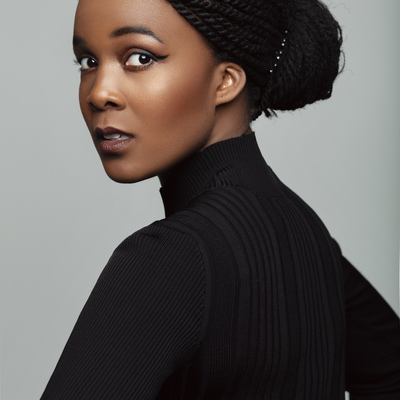 As a little girl, Licia Chery wanted to "talk to music".
She started learning piano at age 6 and discovered Soul music a few years later.
Born and raised in Switzerland by haitian parents, Licia Chery craved for references during a long time. With Soul music, she could finally see artists who looked like her physically and who were talking to her soul: Otis Redding, Billie Holiday, Ray Charles, Etta James...
So many role models who influenced and inspired her. They became her heroes. Growing up, she wrote, composed and performed live.
Knowing that strenght is in unity, Licia Chery counts on those who support her to share her messages.
It is with their support that she won the Caribana contest in 2009, then raised 100'000€ on a crowdfunding website.
Musically, she’s eclectic, but Soul music, that she mixes with pop in 2012 on her album Blue Your Mind, then with rock in 2015 on her album Inspiration, is always prevailing.
Whether her message is deep or light, Licia Chery wants to inspire joy. Passionate and courageous, she follows her instincts and takes the bet to mix past and present, heritage and progress... The fact that the perfect being is unperfect makes
her understand that the definition of a hero might be different than what we think: to be a hero is to be strong but also honest, vulnerable, sensitive, passionate, instinctive...
With this definition, Licia wants to be a hero for others.
Her coming EP, shares a soulful voice, a retro vibe tinted with modernity on a musical and visual way.
It’s a vibrant journey through the 60’s, the 70’s and the 80’s, and it’s an ode to life ! It is the symbol that even if we grew up without a role model, we can always become the role model we wanted to have.

Registered since over 14 years
Last login on 1 February 2020