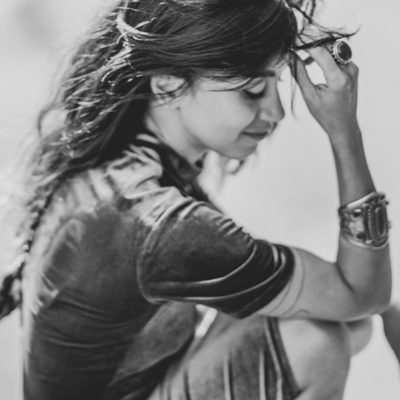 Pop, Zürich – “One of the most exciting and intriguing around at the moment..” Music News LINAH ROCIO is a chilean artist, with formative years spent in... Read Biography

“One of the most exciting and intriguing around at the moment..”
Music News

LINAH ROCIO is a chilean artist, with formative years spent in Switzerland, Hong Kong and Chile, and now residing in London. Her music and soul span myriad spheres of influence, connecting to shamanic experience and life journeys through inner battles, triumphs and love.
Her most recent EP ‘Keep Your Grace’ was produced by Linah and 14 time Latin Grammy winner Alvaro Alencar and is a tribute to transformation and strength with a style being a mixture of poetic indie pop, jazz and something entirley her own.
Her single ‘I Was There’ is a provocative and unfiltered look at themes around trauma and violence finding redemption through love and dignity. Inspiration comes straight from the source - a friend had been at the 2017 London Bridge attack just 10 minutes earlier. She had left a message saying: “ I was there 10 minutes earlier (...)”.
   
Touched by this Linah wrote the song “I Was There” putting herself in the shoes of those who actually survived something as traumatic, as well as in the shoes of the dead who did not. Linah’s own experiences with near death and trauma inspired her to creatively shift this experience into something transformative urging those who survived and those who died to open their hearts and go to the light - not to the darkness. As in the light there is healing, as in the light there is home.

Registered since about 11 years
Last login on 6 January 2020