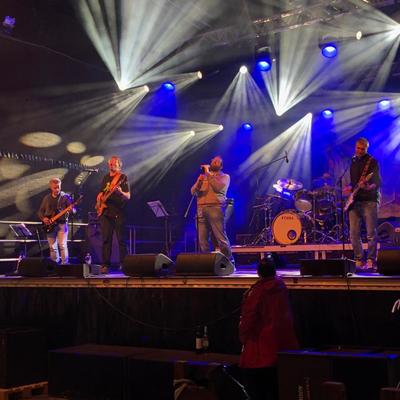 Rock, Basel-Landschaft – "That is like riding a bicycle!” That is how Urs has pointed it out when the 4 boys of Liverish (Mauri, Tom, Tobi und Urs) met again for a jam... Read Biography

"That is like riding a bicycle!” That is how Urs has pointed it out when the 4 boys of Liverish (Mauri, Tom, Tobi und Urs) met again for a jam after a 10-year-break. Once learnt never forgotten, the sound was back straight away and with that was the fun and the passion for music (… mind you, all this after just one rehearsal for the revival gig). That has formed the base for Liverish to reinvent themselves.

Liverish was founded just before the turn of the millennium and then in 2004 somewhat put on hold when Tom moved to Southeast Asia. Only when he returned for a 40th birthday in 2013 the band was revived and Liverish was back. Matured for 10 years, but for sure not rusty, Liverish have started to reinterpret the old songs new but also become creative again writing new songs. Francois was the last to join the experienced Band in 2015 and became the new Liverish drummer. Now in 2016, Liverish plans to take off again with live gigs. All Musicians have long standing music and band experience with different backgrounds and styles. The multiple talents of theses individual performers and their diverse compilation of compositions of their own create a consistent basis for fresh and surprising new ideas. Have a look and hear for yourself.

Registered since about 7 years
Last login on 28 October 2019