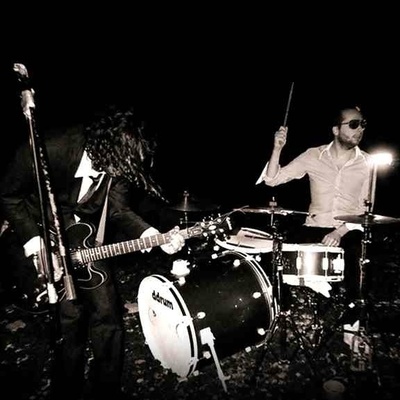 Rock, Basel-Stadt – Longjhons is a two component entity, one being mailny electro/pop orientated. The other with more "classical songwriter" intentions. Together they... Read Biography

Longjhons is a two component entity, one being mailny electro/pop orientated. The other with more "classical songwriter" intentions. Together they form a gracious desaster of obscenity and "nice feeling" like music. With the want to do just excactly what they want to!!....without having to offend too many poeple, offcourse. Sean Claassen (voc&guit) and Nico Angliker (dr) started playing together in 2003 (Parish Pump). For various reasons, mainly studies,it only lasted 5 months. After a long dry period, the two started playing in 2006 with Thomas Firmin & Samuel Moser. The formation that would later compose "Marauing Fucknuts". The band quickly became a favourite for house parties and also performed in various Bar/Club Locations across Switzerland. Some time towards the end of 2008 the band decided to take some time off to pursue other activities. During this time, Sean & Nico started a project of their own called "Longjhons"