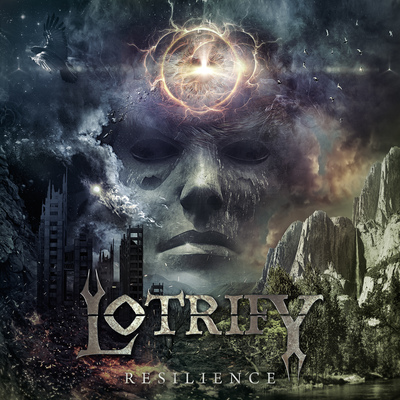 Lotrify was founded in 2008 by five young, ambitious musicians from Baden, Switzerland. Best described as Melodic Metal, their music is distinguished by melodic and rhythmic guitars, accompanied by clean vocals as well as screams and growls. Influences can be found in diverse genres, ranging from Metalcore to Black Metal.

Under the name “Bonebreaker Ball”, a first series of concerts was arranged by the group in late 2010. Just a year later, they were back for round two with their freshly recorded demo.

In 2013, Lotrify recorded their first EP “Light Passes, Shadow Remains” which was released in December and marked the beginning of the third and biggest Bonebreaker Ball Tour. The tour itself consisted of 13 shows in total and additionally, multiple gigs in and outside of Switzerland were played.

In 2015, Lotrify toured through Eastern Europe and played the famous Swiss concert location “Z7” twice: once as an opener for the mighty Exodus and Testament and, only three months later, as the main support group for Gojira.

After having played numerous other shows from Nyon to Buchs/SG and sharing stages with bands like Rise Of The Northstar or Hacktivist, Lotrify introduced plans for their new album in 2017. The concept album will be recorded and released digitally in three separate parts, which in the end will form one complete piece. The final release is set for the summer of 2018, after which the album will be available on CD and on all common streaming platforms.