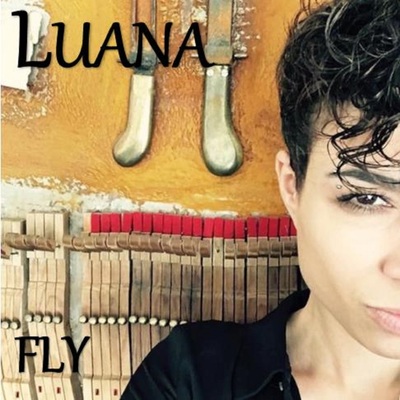 Pop, Basel-Landschaft – "Music is my life's therapy" Luana wrote her first song at the age of 13. With over 150 compositions, she now wants to share her music with the... Read Biography

"Music is my life's therapy"

Luana wrote her first song at the age of 13. With over 150 compositions, she now wants to share her music with the world.

Ever since she was a little girl, she enjoyed listening to her mother play the piano. Very soon after, Luana got her own little keyboard, and within 4 years, she had memorised and played melodies very well, simply by hearing them. For her parents of course, (originally from Italy) it was certainly clear, that as soon as she was old enough, she would attend music school.

3 years later, Luana was allowed admission as the youngest student at the children's music school. Her piano lessons had begun. However, after only a few years, her interest playing classical music had faded. She wanted to play music that had meaning to her, music that came from her heart, an improvised melody of her own, that once it struck the black and white keys of the piano, it would play something beautiful. When she wrote her very first song, she had come to realise her true passion. With this in mind, she stopped attending music school and pursued her own dreams, dedicating her time entirely to writing and composing music.

Over the years, Luana had made a few small appearances; baptisms, weddings, graduation parties, Christmas market. However, for the first time in her life, she was on stage, live, with a band. She was part of the Waldenburg music event "Ladiesnite" in 2012. This is where Luana became part of the music project "The Waldenburg" and earned a place as a background singer for another singer from Basel.

Even though she was a background singer, her passion grew and grew. She wanted to be on stage, stand in front and perform her own songs. In 2017, her wish came true. Luana was finally able to realise her dream. She began her own music project; her first EP "FLY". She now continues her work and hopes to reach people with her lyrics and melodies and build on her musical future.

Registered since over 5 years
Last login on 23 March 2018