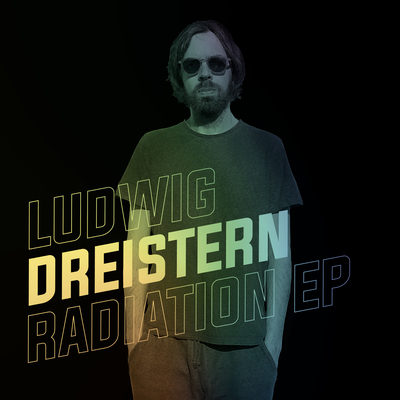 Psychedelic Pop / Alk..., Zürich – Ludwig Dreistern is a pop lover from Zurich. Since 1996 on the road in numerous bands as bandleader of The Haddocks and Borderline Symphony as... Read Biography

Ludwig Dreistern is a pop lover from Zurich.

Since 1996 on the road in numerous bands as bandleader of The Haddocks and Borderline Symphony as well as guitarist of The Circle Brothers and Brother A, Ludwig Dreistern fulfills the dream of unrestricted music making with his solo work.

Ludwig Dreistern likes harmonies that don't sour, warm analog sounds and wide stereo. He likes the emotional, the intoxicating, the thrilling. But he is also lazy, likes good food, warm weather and movies in Technicolor. He loves spontaneity, aimlessness and leisure.

With music, especially arranging and trying things out in the development phase, he clears his head. That's exactly where the fascination lies for him: in the process of creating a song, which sometimes takes a very short time, sometimes a very long time. On the one hand, he loves to try out countless synth sounds, effects or noises, and on the other hand, to be inspired by songs that his colleagues wave off.

According to Rosa, who designed the cover of Linda , Ludwig's music is enchanting and suspenseful. But Rosa is often too nice! Since the first two songs were recorded in the practice room and mixed in Garageband (but fortunately still played on SRF3 Sounds and others), these were still marked as a pandemic project.

With the new "Radiation EP", Ludwig Dreistern presents his first conceptual work with four songs. Ludwig Dreistern had recorded the first tracks at home in his bedroom, and on top of that recorded most of the instruments at Dunastudio (Ravenna, Italy). Andrea Scardovì, sound engineer and owner, took care of the mixing and mastering, giving the four actually different pop songs a unified garb that combines the ironic, the nostalgic and the serious.

Since there is no review of the Radiation EP yet, here is one about the first two songs: https://artnoir.ch/songpremiere-new-oddity-linda-von-ludwig-dreistern/