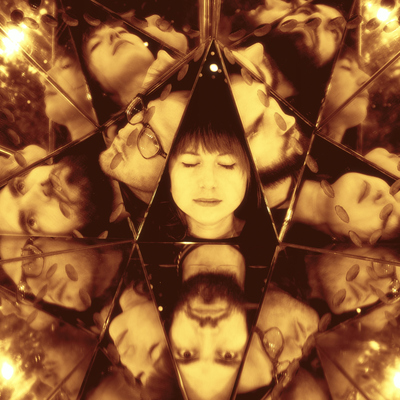 Luumu’s songs tell delicate and melancholic stories about life - the fairy tales for our time, addressing urgent social issues, and offering a critical commentary on world affairs, all set to magical sounds. Luumu blend spherical jazz with dark indie folk and contemporary Scandinavian soundscapes, which are further infused with subtle references to music from the present and the past. This is the soundtrack for a film created by your own imagination: playful, floating, magical, and mythical.

The band consists of composer, singer and pianist Adina Friis, double bassist and sound-tinkerer Simon Iten, and drummer Andy Schelker. Since its formation in 2012, Luumu has played over a hundred concerts on both large and small stages in Switzerland and across Europe, including the Copenhagen Jazz Festival (DK), Blue Balls Festival/Lucerne in the KKL Seebar (CH), Copenhagen Jazzhouse (DK), Porgy & Bess "Strenge Kammer" in Vienna (AT) and Nordklang Festival St. Gallen. Experience Luumu live and you will be transported from everyday life into the unexpected and the enchanted; almost as if you had entered a powerful and magical daydream.

Their debut album The Eye of the Clown Behind the Spyglass was released in spring 2014 by Unit Records, followed by the second album Projection, which was released in January 2017. Luumu’s music videos In My Head and Projection – with animations by Joana Locher – have been shown at film festivals worldwide (including Interfilm Berlin, Anim!arte int. Student Animation Film Festival Brazil, as well as in Portugal, Egypt, England). In My Head was featured at the Solothurn Film Festival in the category “Best Swiss Video Clip 2017“.

Luumu’s third album, Elephant Love Song, will be released by TOURBOmusic in 2023.