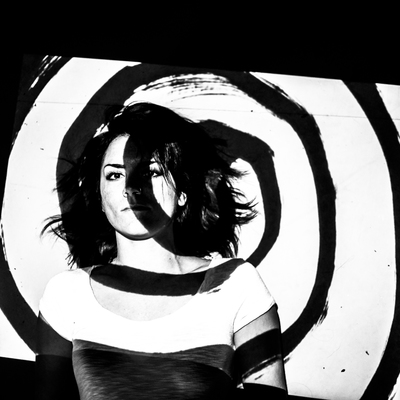 Lynn Maring creates her melancholic rock by combining musical
inspiration with moments of feeling blue. She already proved her mettle
on stage as singer and guitarist with rock groups Disagony and The
Chikitas between 2009 and 2016. Now she’s revealing a hidden side of her
personality. With this more intimate, developed, languid, yet no less
demanding project, Lynn Maring’s world is laid bare.
Lynn Maring played instruments before she started singing – she first
picked up a guitar at the age of 7. She discovered all sorts of rock groups,
which inspired her to take up the piano and form her first band at the age
of 13. Her focus has always been on keeping her music authentic, true to
herself and infused with creativity.

She started working on her first solo EP in 2016 at Studio Mécanique in La
Chaux-de-Fonds, Switzerland with Julien Fehlmann. She recorded it in
January 2017 with musicians Alberto Malo, Simon Gerber and Sara
Oswald, who have already worked with Sophie Hunger and Erik Truffaz.
This eponymous EP “Lynn Maring” is indie rock combined with eerie
psychedelic pop and a touch of melancholy, precise yet spontaneous, with
surprising tenderness and pensiveness. It is also audacious, thanks to the
artist’s rich, tired voice.

Registered since over 2 years
Last login on 19 January 2020