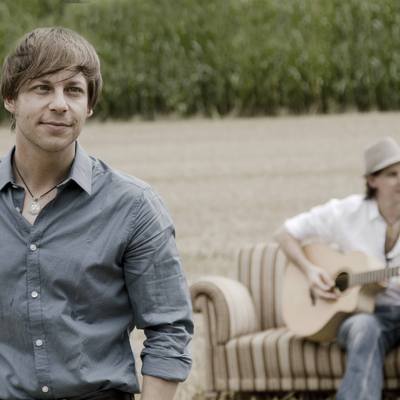 Funk, Aargau – Magic Thursday started back in 1998. When we first met to play music together, we both thought we would play Elvis Presley songs (because we`re... Read Biography

Magic Thursday started back in 1998. When we first met to play music together, we both thought we would play Elvis Presley songs (because we`re both massive Elvis fans). But it came out differently. We just wrote own songs. thursday after Thursday. We were surprised by the inspiration we had together. We blamed the thursdays for it. And because it just felt like having a relaxing evening with an outcome of awesome own songs every thursday, we named ourselfs MAGIC THURSDAY. We played a lot of gigs but somehow after a while we went our seperate ways. I guess we were young!!!! what ever...
After ten years we met at the trainstation of our hometown. We both were talking about how much we liked the songs we`ve written together. It was a shame to not play these songs anymore we thought. So we did a wise move... We`re back on the same track and we^re having a lot of fun.
This project is about having fun, playing gigs and meeting a lot of interesting people.
We will release and Album later this year throu my label Don`t Ask Why Records.
We`ll keep you updated