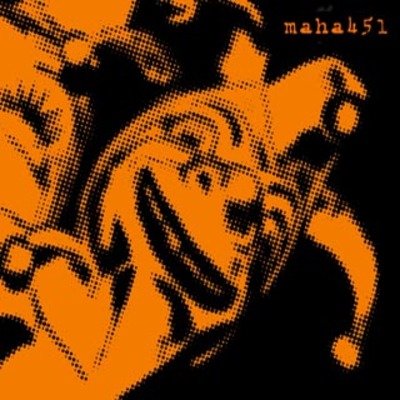 Synthpop, Geneva – THE BAND: Well, there’s no band, actually…except if you consider a one-guy group being a band. So yes, I’m alone, doing all that noise, playing... Read Biography

THE BAND: Well, there’s no band, actually…except if you consider a
one-guy group being a band. So yes, I’m alone, doing all that noise, playing the keyboard, the guitars, the drums, the flute (I’m not sure there is one after all), programming, arranging, mixing and mastering. My Mac’s not counting since it doesn’t register as a real band member. It all started in 2004, after maturing more than thirty years inside my head...that was an itch I really had to scratch...because of the W.I.H.D.H.E.U.W.T.C.I.O.T.O. You certainly know what I’m talking about, because you’ve been a victim of it...like me.
The W.I.H.D.H.E.U.W.T.C.I.O.T.O. is a painful syndrom, which stand for: Why In Hell Did He End Up With That Chord Instead Of That One...and I’m sure you experienced that frustration more than once, when you were listening to a song (which had started well, by the way). Some will say I could have lived with it, and I did for thirty years, but then, one day, I decided it had to stop (it was a Friday...go figure). Why did it take so long? Well, it mostly has to do with the fact that fifteen years ago, it wouldn’t have been possible. To make music in those times: 1) You had to BE a band, like, you know, several people together. 2) You had be a musician and play a real instrument (in my case that was the only thing that fitted the bill, since I play the piano from the age of seven). 3) You had to be a millionaire to own a home studio, or be signed by a major to have the opportunity to play in a professional one. BUT...that was of course BEFORE the Coming Of The Computer! You know, that thing which use to fill five whole rooms in Cap Kennedy with the power of a pocket calculator, and most of the Sci-Fi starship’s command center, to answer stupid questions concerning bellicose alien species. Today they fit in a briefcase, and allow every single joey to direct a symphonic orchestra, and generate 48 bit/96 kHz soundfiles...And indeed that was a great leap forward (no pun intended) for the whole world’s would-be-musicians: they could, at last, quietly, from the secrecy of a concealed basement, compose their very own song...score by score, chord by chord...layering instrument after instrument...in order to finally produce what could be the next chart-breaker!...without actually playing a single note...without quarrelling with any band member (since there are none), always going your OWN way! Of course you will probably miss the very purpose of a band, which is to use the dynamic of a group to create, shape, and mix different ideas into something powerful you couldn’t achieve alone...but who cares? Because after all I don’t consider myself a musician, in term of status or profession; My point is just to have fun, and produce exactly the sounds I want to hear...and if making those sounds, arranging them into songs, and singing words on them is considered being musician...then I might be one.

Registered since over 15 years
Last login on 27 October 2022