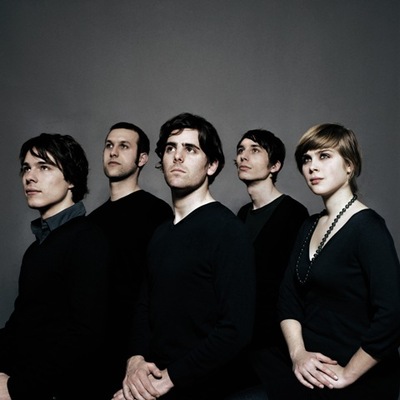 Pop, Basel-Stadt – «Mañana's music does a lot to you. It triggers things in your head and deep inside, in your heart. 'Make A Tiger' is outstanding proof of that - a... Read Biography

«Mañana's music does a lot to you. It triggers things in your head and deep inside, in your heart. 'Make A Tiger' is outstanding proof of that - a song that sends you on a far-away trip, yet never leaves you alone. This touches me, and there's no higher compliment I could pay to music».

America has New York, Japan has Tokyo, Britain has London. And Switzerland? One will be hard pressed to name a Swiss equivalent, a metropolis of the Alps – but if it existed, Mañana would have written the perfect soundtrack for it. Because that's how the five young musicians from Basel, Switzerland, sound like: a trip through an imaginary city of contrasts, taking you past gleaming neon lights, dreamy parks and vibrant underground clubs, on through the hectic scramble of the evening rush hour and the quiet first hours of a new day.
Mañana were discovered at a newcomer contest in the Basel suburbs. Soon after, they scored their first major hit when videogame giants EA Sports came knocking and asked to include Mañana's «Miss Evening» – recorded on a simple demo EP – on their «FIFA Football» game. «Miss Evening» not only introduced Mañana to a rapidly growing international fan-base – it also brought them a nomination for the US «Independent Music Award 2007». A tour through Europe and gigs with bands such as Mew, Keane and a-ha as well as shows at the Montreux Jazz Festival and AVO Session followed – and they earned Mañana a record deal with German label Rodeostar Records. In autumn 2007 they packed their bags to go and record their debut album «Interruptions» in Hamburg, London and Basel. Ken Thomas is the producer behind «Interruptions». The band were so impressed with Thomas' huge experience from his previous work with the likes of Sigur Rós, Dave Gahan and Björk that they were convinced he was the best person for the job.
With «Interruptions», Mañana take us on an eclectic journey through their very own universe, thriving on contrasts and experiments. Their powerful, stirring and epic soundscapes can occasionally be referenced to influences like Doves, Now It’s Overhead and Sigur Rós. The driving drumbeats serve as a solid basis on which the keyboards and guitars can develop their unique spaces and the freedom to get out of hand at the right moment. And in the middle of this is Bürklis powerful yet fragile voice as the focal point of their music. With all that, Mañana create moments of surprise and complex images of sound: longing and at the same time optimistic songs that affect people directly. «For us, it’s all about catching a certain mood», Bürkli subsumes. And once you have listened to «Interruptions», you know they have accomplished their mission

Registered since over 15 years
Last login on 9 March 2009