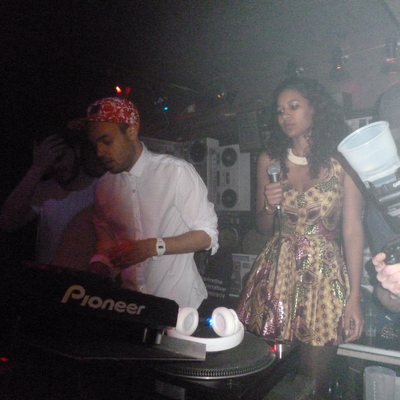 Techno, Zürich – In a world of traditional mainstream and overproduced hits, Mannequine brings a surprisingly new and refreshing approach to the World of... Read Biography

In a world of traditional mainstream and overproduced hits, Mannequine brings a surprisingly new and refreshing approach to the World of Electronical, Independent and Dance-music, influenced by the likes of Fischerspooner, Digitalism, Cut Copy etc. Finding much in common in their versatile musical tastes and approaches, brought the two together and the vision of being one of the very few DJ Duos producing their own songs, was the key Motivation for this project. Having musical plans already years ago, Mannequine (consisting of DJ VLT and Musician CL-AUDIO) formed as a group in late 2010 in Zurich.

Musician and singer, as well as member of Orianne and Phil Collins' "Little Dreams Foundation", Bitty Page usually delivers sets which swing between Jazz Standards and Easy Listening. But since 2012, Bitty Page, from Villeneuve (VD), lends her voice to zurich DJ duo "Mannequine" with whom she also performs live in clubs. Bitty Page has already performed on various occasions, ranging between the "Montreux Jazz Festival" and various Gala evenings. She has performed with the likes of Phil Collins, a duet with Youssou N'Dour and has shared the stage with Jermaine Jackson, Bryan Adams, Arielle Dombasles, The Suga Babes, Natalie Cole, etc.

Registered since over 8 years
Last login on 18 February 2013